The top five ropers from the preliminaries will compete in the outdoor arena against the biggest names in the calf-roping industry. One such roper, six time champion calf roper Cody Ohl, had quite an emotional day announcing not only his retirement but something even closer to his heart as well.

“It’s going to be a rough day,” said Ohl. “It’s even more special because today is my mom’s birthday so just to do all that in one day and in front of the greatest roping fans… [and] this committee here has given the shirt off their back for me so many times.”

Ohl’s daughter is following in his footsteps competing as well. She placed third in her event and fourth overall.

SAN ANGELO, TX — The Tom Green County Health Department has confirmed the deaths of four additional patients from causes related to COVID-19, according to a statement issued by the City of San Angelo this afternoon, Tednesday, November 26, 2020.

STERLING CITY -- In Week 9 of the regular season No. 1 Sterling City uprooted No. 3 Westbrook from the number one spot in 1A Division I, while claiming the title of District 8-1A champion. One month later, the two programs meet again in the regional round of the playoffs with a trip to the state semifinals on the line.

The Eagles (12-0) have proved their worthiness of the title of number one, beating the second, third, fourth, fifth, and sixth-ranked teams in Dave Campbell's Texas Football's final regular-season rankings in 1A Div. I. The battle-tested group's most recent win, was a 100-88 shootout against No. 5 Rankin in the area round last week.

Meanwhile, the Wildcats (11-1) have been equally as impressive. Their 2020 campaign has consisted of victories over No. 2 Borden County, No. 10 Water Valley, and 1A Division II No. 3 Motley County, while also claiming their first playoff victory since 1997.

When the two programs faced off earlier this season, Sterling City walked away with a 38-28 win. Eagles' senior running back Cross Knittel was the standout performer, carving up Westbrook's defense for 141 rushing yards on 11 carries and three touchdowns.

Dave Campbell's has Sterling City as 11 point favorites, while sixmanfootball.com has the Eagles favored by eight points. Sterling City faces Westbrook in the 1A Div. I Region II final at 5 p.m. Saturday at Wolf Stadium in Colorado City.

Jail Log: Assault of a Public Servant among charges

‘Viral shedding’: What is it and when are people with COVID-19 most infectious?

Texas A&M president resigns, will step down at the end of the year

Before embarking on your holiday journey, read these TSA travel tips 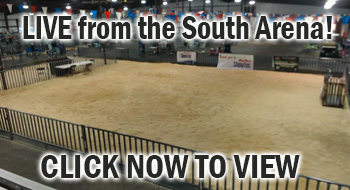 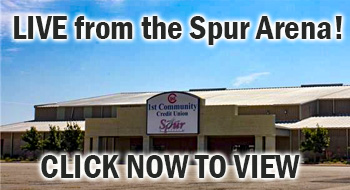