WICHITA FALLS (KFDX/KJTL) — Less than a month after an arrest for hindering the apprehension of a known felon, a notorious Wichita Falls bail bondsman finds himself back behind bars on three new charges.

The owner of A to Z Bail Bonds, Maxie Delano Green, 49, of Wichita Falls, was booked into the Wichita County Jail on Wednesday, September 21, 2022, on three counts of prohibited bail bond solicitations while jailed on a different charge just four weeks ago. 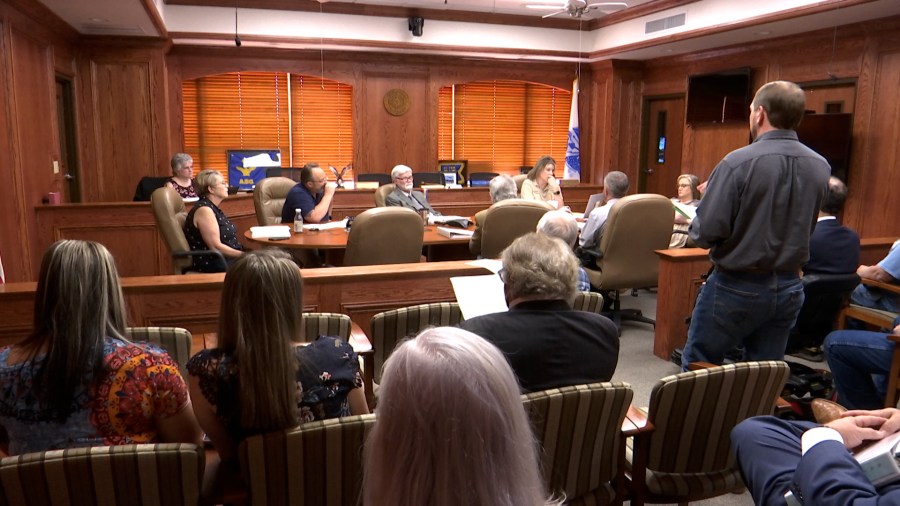 Green was taken into custody following a hearing of the Wichita County Bail Board. One of the board’s agenda items was to consider if there is reasonable cause to begin an investigation on a complaint and report by the Wichita County Sheriff’s Office.

According to the complaint, Green used a jail phone to call someone outside the jail, who then set up a three-way call with inmates in jail to arrange bail bonds.

Another alleged violation is that Green talked to a female inmate on one of the calls, which violates jail policy prohibiting interaction between male and female inmates. During the hearing, Green said he maintains he has “done nothing wrong outside the law.”

Soliciting bond business in a jail or corrections facility is a misdemeanor and grounds for license revocation of a bondsman under state bail regulations.

Green is listed by the bail bond board as an agent doing business as A to Z Bail Bonds, Bailmaxx, and Jail Break Bail Bonds.

After the hearing in the Wichita County Courthouse and a vote to proceed with an investigation, Green was escorted out and booked into jail. Board members had no exact timetable for the investigation and said it will probably have to be conducted by an outside agency, possibly the Texas Rangers.

The dates of the alleged solicitations are listed as August 24, 2022, the same day Green was booked into jail on the hindering charge for allegedly lying to a Texas Ranger about the location of his girlfriend who had outstanding warrants.

A Texas Ranger said he was attempting to find and serve warrants from Wichita and Lampasas counties on Christina Withington and he obtained information that she could be staying with her boyfriend, Green, at a home in the 5100 block of Tower Drive.

The affidavit said Green denied Withington was in the house, then admitted she was there when the Ranger informed him she had been tracked there, and that he was aware she had outstanding arrest warrants.

An examining hearing on Green’s charge for hindering the apprehension of a felon was ordered by a judge for November 2022, according to court documents.

In addition, Green has previous arrests on record in both Wichita and Archer Counties.

In May 2019, Green was arrested and charged with assault after he allegedly attempted to use force against a woman who would not hand over the title of her car and money Green said she owed him. That charge was later dropped.

In 2013, Green was placed on an eight-year deferred sentence after pleading guilty in Archer County to the charge of injury to a child. He had first been charged with aggravated sexual assault involving a 7-year-old girl.

The girl claimed Green took off her clothes and molested her and that Green made her “pinky promise” not to tell anyone.

In September 2012, Green was arrested for allegedly tampering with a witness after police said he attempted to bribe a woman and would take care of her financially if she said an alleged assault never happened.

Distressed jeans have become a wardrobe staple for those curating a relaxed but chic aesthetic.

The argan oil used for beauty is different from the one used for cooking, so be sure you know whether you’re buying cosmetic or culinary argan oil.

People urged to destroy these pajamas over burn hazard

What is it like for first responders in severe weather?