We received many photos, videos and reports of large hail and hail damage from San Angelo and surrounding communities. These are just a few of those many photos from the storm.

San Angelo, Texas- The next few days will bring triple digit heat and an abundance of sunshine. Overnight lows will be in the upper 60's low 70's.

The heat continues for the Concho Valley. San Angelo broke the century mark today with a high of 100 degrees. Upper 90s for most of the region and that looks to continue through the weekend and into the beginning of next week. A weak cold front will move through the area late on Tuesday dropping us back in to the mid 90s but temperatures will immediately begin to climb back into the upper 90s by the week's end.

A U-turn, a rush to see Trump, a day of tension and surprise

WASHINGTON (AP) — Defense Secretary Mark Esper was three blocks from the FBI's Washington field office. He had planned to confer there at a security command center, but plans changed with an unexpected call to divert immediately.

Go the White House. President Donald Trump wanted a briefing from him and Gen. Mark Milley, chairman of the Joint Chiefs of Staff, on how the military was handling security as protests grew on the streets of the nation's capital.

McAllen man who waved chainsaw at protesters charged with assault

Trump mistakenly says Tijuana is ‘most infected city in the world’ 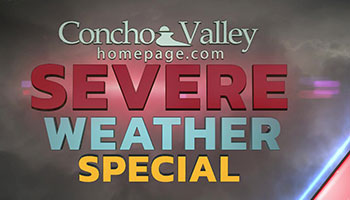