SAN ANGELO, Texas — Since the San Angelo Animal Shelter partnered with Concho Valley PAWS in 2017, the shelter has seen many positive changes.

“The City of San Angelo was one of the highest-kill cities in the state. I think we were second only to Houston,” said Jenie Wilson, Executive Director of Concho Valley PAWS.

Since the San Angelo Animal Shelter partnered with Concho Valley PAWS in 2017, the shelter has turned from being a high-kill shelter to adopting a no-kill initiative.

Because of the partnership between PAWS and the city, animals with disease and injury are now able to be treated.

“Now that we’re here, we are providing those services. The city no longer euthanizes for things like kennel cough,” explained Wilson.

In the last few years, pet adoptions have increased 30% overall. Another thing that has helped these numbers is the simplification of the adoption application process.

Although the shelter has a no-kill initiative, it is still constantly at capacity. However, the partnership between PAWS and the city has made it possible to transport 20-40 animals from the shelter to sustainable, no-kill communities every month.

“They’ve got great spay and neuter policies in place. They’ve cracked down on breeders. It has created a demand for the affordable shelter pet. We’re able to send those animals to those communities for adoption and many of them are adopted before they even arrive,” added Wilson.

Since PAWS came on board, programs like “PAWS Pals,” “Pajama Pals” and the “Mommy and Me” program have been put in place. But the positive changes don’t stop here. In the fall of 2020, PAWS will be opening an adoption center, where they will place all of the adoptable animals. The current facilities will be used to house animals who are in a sick hold or in a 72-hour stray hold.

Wilson attributes the shelter’s transformation to one thing.

“It was really just a change in mindset. We have become more humane as a society,” explained Wilson.

***The Clear the Shelters event has been postponed from August 17th to September 7th. During the event, pet adoption fees will be waived (for most pets). Pet adoptions will include spay/neuter, microchip, vaccinations, leash, collar and ID tag. The event will take place from 10am to 6pm at the San Angelo Animal Shelter.

Give the gift of stress relief this Valentine’s Day …

Valentine’s Day is the perfect opportunity to gift a sensory product because it’s a day to show someone close to us how much we care.

A look inside the Grammy gift bag

Want to know how to treat yourself like a celebrity? We’ve got the rundown of gifts for a Grammy-level self-pampering session.

Themed food and drinks are a surefire way to make your party stand out, and looking at past Grammy nominees is a great way to get inspiration. 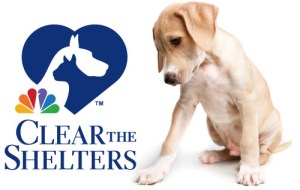 These Texas cities are among the safest in America: …

Roughly 4 in 10 say state of union is strong ahead …

One Texas city among best in the country to get married

Can kids ride in the bed of a truck in Texas?

Why do Texans eat pickles at movie theaters — and …

What are the little black dots on your car windows?

Which TX industries had the most growth in 2015 to …