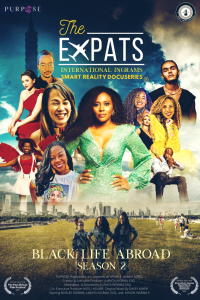 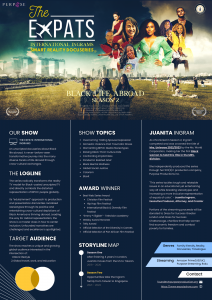 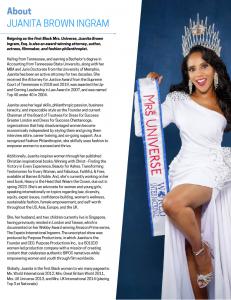 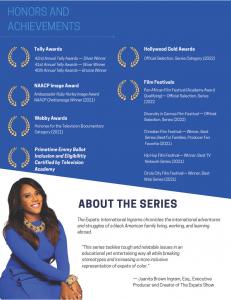 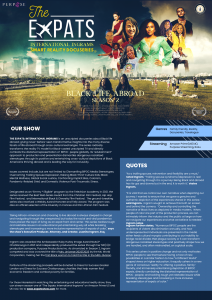 The stage has already been set to host a private screening of the series on Wednesday, February 1, at 7:00 pm at Harlem at Dwyer Culture Center, USA Entrance on, West 123rd Street, 258 St Nicholas Ave, New York, NY 10027.

The Expats International Ingrams is a family-friendly, Black-led and produced unscripted docuseries that chronicles the international adventures of Black Americans living, working and thriving abroad. The series stars Juanita Ingram, her family, and over a dozen Black expat friends. Hailed by fans as a “refreshing and entertaining series”, The Expats International Ingrams tackles a range of issues from Colorism, Blaxit, Implicit Bias and Domestic Violence to Black Mental Wellness, Trailing Spouse Depression and Raising Black Third-Culture Kids.

The hotly anticipated Season 2 kicks off with the introduction of a new squad member. A new adventure also await the Ingrams as they prepare to move to another country, just as they are getting used to Taiwan. Viewers will get to experience Asia through the family’s lens during their spectacular trips throughout the continent. But that’s not all. Like Season 1, the episodes in Season 2 are laced with humor, drama, real life experiences and exciting adventures.

The Expats International Ingrams was created and produced by Attorney, Actress, Author and reigning Mrs Universe, Juanita Ingram Esq. The Mrs Universe title given by the Ms. World Corporation (www.msworldinterntional.com) is an international competition showcasing achievement, philanthropy, tourism, and personal growth of all women. Ingram is also the first Black woman to hold the Mrs. Universe title. Since launching in 2020, The Expats International Ingrams has received a number of awards including the Best Web Series Award from the Christian Film Festival, Hip Hop Film Festival, and International Black & Diversity Film Festival. It was an Official Selection of the Diversity in Cannes and Pan African Film Festivals and included on the 2021 Primetime Emmy Nomination Ballot for Outstanding Unscripted Program. Season 2 of the program has already made a statement after walking away with the 2022 Silver Telly Winner for Reality Television Series at the Telly Awards.

When asked about the journey to create the Docuseries, Juanita explained: “Producing this show as an independent, women-owned, Black led production company was beyond challenging. I feel a heavy responsibility to not only shape how the world sees us in front of the camera, but also has we are elevated behind the camera as well. The pandemic. added major hurdles these past 18 months while filming in various locations throughout the US and Asia, but we overcame them to bring what I hope is a quality family- friendly impactful program.”

Commenting on the motivation for hosting the public launch in Harlem, Juanita explained: “The Expats International Ingrams is a celebration of Black life abroad and Black excellence. What better place to host the public launch and honor Black History Month than in the Black Mecca of the World?”

Far from the average reality series, The Expats International Ingrams radically transforms the reality TV model for Black-casted unscripted TV and directly combats the distorted representation of BIPOC people globally. Its “edutainment” approach to production and presentation dismantles dangerous racialized stereotypes through its positive and entertaining cross-cultural depictions of Black Americans thriving abroad and is leading the way for inclusivity.

Season 2 of The Expats International Ingrams has been in a preview soft launch mode since December 25 on Amazon prime US & UK, but already viewers are raving. Nana P. (Judge Mitzi Pollard) said: “Juanita has done an amazing job of sharing her and her family's experience of what it's like being Black and living abroad. I so enjoyed Season 1 and have been looking forward to Season 2. It is a breath of fresh air to see us in this international space striving and excelling individually and as a solid family unit. I love all the explorations, friendships and real life experiences that play out as the International Ingrams navigate living abroad. This season is a must watch.”

Emmy® Award winning producer Erica Goings said: “I love this show!! I’m a TV producer in Los Angeles and let me just tell you, we need a show like this gracing the screen. It’s cute, funny, uplifting, raw, brilliant tv! In a world where black families need better role models like we had with the Cosby’s - this show is the next gen of that. Kudos!”

“… Smart television is long-overdue and seeing a Black family living their best lives abroad is something everyone should see. We have to open the aperture to what is possible in life and this series does that. Between the Ingrams and the other cast members, you bear witness to the trials and triumphs of life in another country. I love how they balance the positives and the negatives of the experience--because that is life. Not black and white but shades of grey… well done.” says Blaxit Global

The Expats International Ingrams is available for streaming on Amazon Prime US & UK and will be on other streaming platforms soon via distributor Indie Rights. To stream Season 1 and Season 2 of the series visit: https://www.amazon.com/gp/video/detail/B0B855BJWW/ref=atv_dp_share_cu_r