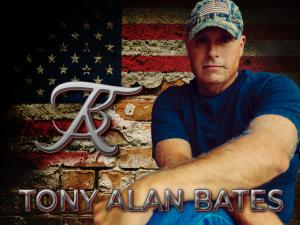 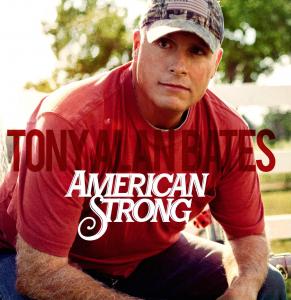 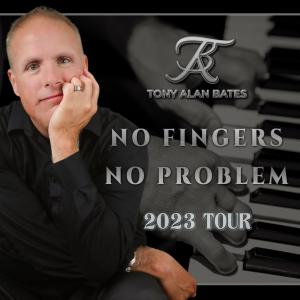 “AMERICAN STRONG” is a song that salutes the brave men & women in uniform! In a time when our nation is heavily divided, “AMERICAN STRONG” is a refreshing reminder of who we are at our core.”
— Tony Alan Bates
NASHVILLE, TN, UNITED STATES, January 24, 2023 /EINPresswire.com/ -- Born in Portsmouth, OH, Tony Alan Bates entered this world permanently disabled with stubs for fingers and his lower extremities turned in the opposite direction of his upper body. Even though the doctors' prognosis was that Tony would spend the rest of his life in a wheelchair, God had a greater plan for Tony’s life.

Tony comes from a long line of singers, musicians, and preachers within his family. Numerous musical genres, vocalists, and musicians have impacted Tony's artistic style. To name a few, his cousin Country Music Legend Earl Thomas Conley, George Jones, Joe Diffie, and the list goes on.

One Sunday at the age of fourteen Tony prayed for the gift to play the piano and miraculously by the next week he was playing. Since, Tony has become widely known throughout the music scene as the NO FINGERS piano prodigy. Never having the first lesson Tony’s career has been given many opportunities to share the stage with many notable figures including Country Music Legends Linda Davis, Jimmie Fortune, and TV star Ben “Cooter” Jones from the hit TV series The Dukes of Hazard. Additionally, he has appeared with Rev. John Hagee, Rod Parsley, and Rabbi Curt Laundry to mention a few, as well as appearances on multiple TV networks including TBN, Daystar and The Church Channel. Tony’s “NO FINGERS, NO PROBLEM” story has inspired audiences all over the world.

Tony Alan Bates has partnered with the award-winning promotion and management company NashTown Entertainment to promote his new radio single “AMERICAN STRONG” & the NO FINGERS, NO PROBLEM TOUR! Tony is not just an amazing musician but has a great vocal that’s country to the core.

The past several years have proved to be difficult for everyone. Amid the common struggles, natural disasters and on top of all that a worldwide pandemic pushed most to the point of breaking. But in the end Americans did what they always do; we all put our differences aside, came together, and made it through.

“AMERICAN STRONG,” written by Mitch Townley and Lee Johnson, is a song that salutes the brave men & women in uniform, military, police officers, fire fighters, and all first responders! In a time when our nation is heavily divided, “AMERICAN STRONG” is a refreshing reminder of who we are at our core. To quote the song “We stand up, show up, roll our sleeves way up, and get’r done!” -Tony Alan Bates

“If you mess with one then it’s always game on,” standing with our fellow Americans, that is AMERICAN STRONG!

The NO FINGERS, NO PROBLEM Tour is an experience you do not want to miss!