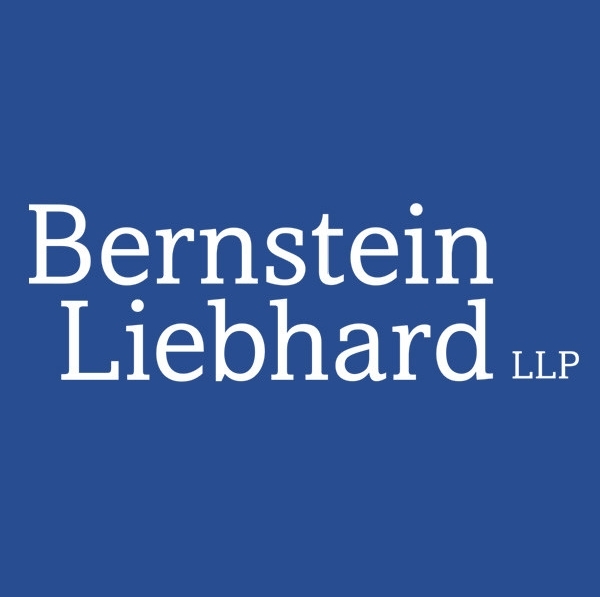 NEW YORK, Jan. 24, 2023 /PRNewswire/ -- Bernstein Liebhard LLP, a nationally acclaimed investor rights law firm, reminds investors of the deadline to file a lead plaintiff motion in a securities class action lawsuit that has been filed on behalf of investors who purchased or otherwise acquired the common stock of F45 Training Holdings Inc. ("F45" or the "Company") (NYSE: FXLV) pursuant and/or traceable to the Company's false and/or misleading Form S-1 Registration Statement and accompanying Prospectus and Supplemental Prospectus (collectively, the "Registration Statement") issued in connection with the Company's July 16, 2021 initial public offering of 18.75 million shares of common stock, priced at $16 per share (the "July 2021 IPO" or the "Offering"). The lawsuit was filed in the United States District Court for the Western District of Texas and alleges violations of the Securities Act of 1933.

F45 is a fitness franchisor with a business model based on rapid growth through the franchising of low-overhead fitness facilities. The Company was founded in Sydney, Australia in 2013 and, by the time of the Company's July 16, 2021 initial public offering, maintained 2,801 franchises in 68 countries.

As set forth in the Prospectus issued in support of the July 2021 IPO, the Company asserted that the proceeds would be used, inter alia, to repay indebtedness, to complete the purchase of Flywheel indoor cycling studio, to pay bonuses to certain employees, to pay expenses related to the offering, and for working capital and general corporate purposes.

In support of the July 2021 IPO, F45's Registration Statement represented its advantage over traditional owner-operated fitness facilities both because the franchise model "has enabled us to open new studios at an accelerated pace versus the owner-operator model" and because it generated quick revenue for the Company because "[f]or the majority of franchises that we sell, we receive an upfront payment from the franchisee." However, due to the material misstatements and omissions contained therein, Defendants' Registration Statement was false and misleading in its description of the Company's revenue stream and its ability to maintain its rapid expansion business model.

In truth, as of the July 2021 IPO and as the Company would later acknowledge, F45 provided for "modified" payment terms for "large multiunit deals." This resulted in material increases to accounts receivable and lower cash flow for the Company. F45's approach to starting new franchises was not sustainable over the long term as the Company was not being, and would not be, repaid by multi-unit franchise owners quickly enough to maintain significant franchise growth. Indeed, in the first and second quarters of 2022, F45 reported just 117 and 92 new franchise openings, respectively, compared to 96 studio openings in the first quarter of 2020, when the COVID-19 pandemic began. This lackluster pace of growth was accompanied by a massive and unsustainable increase in F45's accounts receivable and a similar, and equally unsustainable, decrease in its cash and cash equivalents. These practices were not sustainable at the time of the IPO. When the Company could no longer sustain this defective business model, its growth rate and revenue plummeted.

On July 26, 2022, just a year after the IPO, and just a little more than two months after reiterating its growth targets, F45 issued a press release titled "F45 Training Announces Strategic Update." The press release described "strategic updates to align the Company more closely with macroeconomic conditions and current business trends and prepare for the next phase of studio and membership growth." According to the press release, the Company's "strategic updates" informed the market: (1) of a significant reduction in its financial guidance, from a range of $255 to $275 million to a new range of $120 to $130 million; (2) of a dramatic cut in the number of new exercise studios that it would open in 2022 - down approximately 60% (or 350 to 450 new studios, versus 1,000); (3) that a $250 million credit line "will not be available"; (4) that it was letting go of about 110 employees, equaling approximately 45% of its workforce; and (5) that CEO, Adam Gilchrist, had resigned his position as CEO, effective July 24, 2022.

If you purchased or otherwise acquired F45 common stock, and/or would like to discuss your legal rights and options please visit F45 Training Holdings Inc. Shareholder Class Action Lawsuit or contact Peter Allocco at (212) 951-2030 or pallocco@bernlieb.com.

Since 1993, Bernstein Liebhard LLP has recovered over $3.5 billion for its clients. In addition to representing individual investors, the Firm has been retained by some of the largest public and private pension funds in the country to monitor their assets and pursue litigation on their behalf. As a result of its success litigating hundreds of lawsuits and class actions, the Firm has been named to The National Law Journal's "Plaintiffs' Hot List" thirteen times and listed in The Legal 500 for ten consecutive years.